Six Words at the Tony Awards 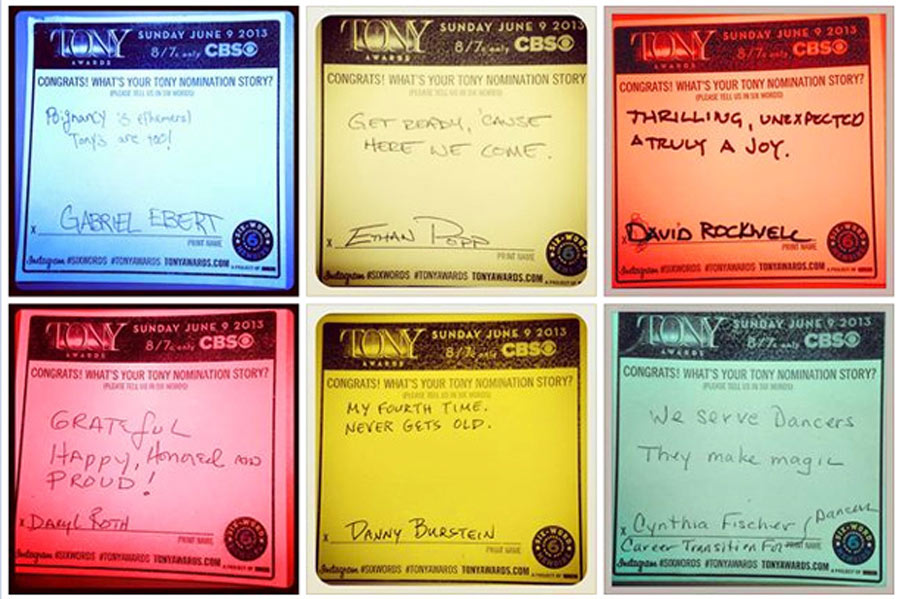 Broadway Word: “Ever wonder what goes through someone’s mind when then get the call saying they’ve been nominated for a Tony? Well, now you can know! On May 20, the Tony Award nominees were invited to share their nomination story in just six words. The general consensus was all around disbelief and a little bit of confusion.”

Luner on Theatre on the 2013 Tonys: “Sometimes it is so hard to put anything related to The Tony Awards in words. These [six-word memoirs] are funny, beautiful and so touching all at the same time.”

Entertainment Weekly on Six Words and The Tonys: “SMITH Magazine’s Six-Word Memoir Project has creeped its way into Tony Awards land, with some hilarious results.”

Tony Awards: Theatre is about telling a story. SMITH Magazine, creators of the Six-Word Memoirs (TM) project, collaborated with TonyAwards.com by asking the 2010 Tony Award nominees to create their own Six-Word Memoirs to define that singular moment, “What’s your nomination story?” Here are their humorous heartfelt stories: