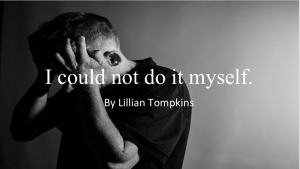 “I could not do it myself.” -Lillian Tompkins

Everyone has a story, even fictional people. Teacher Lisa Jarvis used Six-Word Memoirs as a way to help her 7th grade Creative Writing students in Council Grove, Kansas understand characterization from a new angle.

Jarvis first discovered Six-Word Memoirs online, but this was her first time bringing the form to her classroom. “I really have felt inspired by Six-Word Memoirs,” says Jarvis, “writing can be very therapeutic, and I have started using them in my own writing.” 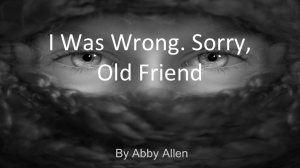 Jarvis thought that Six-Word Memoirs would be an inventive way to help her students understand the point of view of the characters. The characters in question—Jimmy Wells and Silky Bob—are old friends in the short story “After Twenty Years” by O. Henry. As the story goes, the pair agreed twenty years ago to meet outside their old favorite restaurant (since closed). The former is now a policeman, and the latter a wanted criminal. Bob arrives first and waits for his long-lost friend in the shadows. A policeman approaches and Bob explains the situation to prove that nothing is amiss. The cop leaves and a man claiming to be Jimmy walks up. However, when they walk into the light, Bob realizes he isn’t actually his friend. The first cop was Jimmy, who couldn’t bring himself to arrest Bob after he recognized him as the wanted criminal and so sent in someone else to do it. 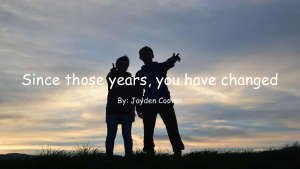 “Since those years, you have changed” – Jayden Coover

Jarvis began the assignment by explaining the goal: to convey impact and meaning in just a few words. She shared Larry Smith’s original challenge on SMITH magazine, based on Hemingway’s legendary six-word story (“For sale: baby shoes, never worn”), as well as other examples from SixWordMemoirs.com to familiarize her students with the form. 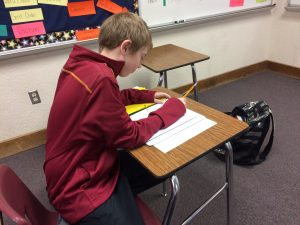 The first step in their process was to brainstorm descriptive words for one of the characters. Then the students zeroed in on one word and spent two minutes free-writing on that descriptor. They synthesized their thoughts into three six-word drafts. The students then worked together to revise with an emphasis on choosing the words that would add the most meaning. Finally, they added images to accompany their stories.

“The students really enjoyed the process and the prospect of publication on the site,” reports Jarvis. “Six-Word Memoirs was a great way for them to step inside the characters’ shoes and gain a deeper understanding from a different point of view.”