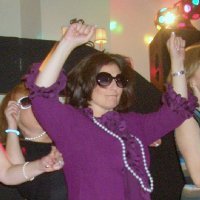 Browse through the reams of Six-Word Memoirs from notjustagirlintheworld—at well over 2,000, there are plenty to peruse—and you’ll discover a clever (“Cloud 8 is my personal best”), quick-witted (“More Walter Mitty than Wonder Woman”), and pleasingly neurotic woman (“The cant’s have me totally surrounded”). If we could use only one word to describe her memoirs: acerbic. Of course, we’d rather use six: “Look up acerbic, find Karen Golden.”

Karen first discovered Six-Word Memoirs in 2011 via a Facebook post and was immediately hooked. “Barefoot, never (again) pregnant, dislike kitchen” is an early favorite, and her love of wordplay (“Dislike chaos even in theory”) has flourished since. Courtesy of our friends at Spreadshirt, we know Karen will pick a great six for her Memoirist of the Month T-shirt. Read more about Karen and what makes her one of the Six-Word community members who make six tick.

When did you start writing, and what have been turning points in your creative life?
I honestly don’t remember when I started writing. I kept a journal as a teenager and back in the day, in addition to passing actual notes—not 140 character texts—in school, I also wrote a lot of letters to my camp friends—I grew up outside of Chicago, but went to a creative arts camp in Connecticut. It was fun (in an excruciating kind of way) to find all those notes and letters while helping my parents move out of my childhood home.

One of my favorite Six-Word Memoirs, “Writer in search of a plot,” marks a creative turning point. I remember being in Mrs. Lowey’s creative writing class my senior year of high school—a much-coveted privilege—and learning that I could not plot anything. Everything I wrote, including some really bad poetry, was a first person narrative/opinion piece. Eventually Mrs. Lowey had us interview a classmate and write their story. Voila, a plot. In college, I worked on the school paper and eventually became the news editor, reporting didn’t require me to create a plot, just the facts, ma’am.

Despite not having been an English major, my first career, and my true love, was publishing. I took the infamous Radcliffe Publishing Procedures Course back in its cult-like heyday. The guy who ran it called it The Publishing Mafia. After the course, I moved to NYC.  I worked for a couple of literary agencies and then landed at Viking Penguin in the 1980’s. It was a great time to be young and in love in New York and have an expense account. We were pioneers down on Houston and Hudson back when that part of New York was really just being developed. All that ended when Proctor and Gamble came calling for my new husband and his newly minted (Columbia) MBA

We were thrilled to include your Golden nugget “Every Meal is a Seinfeld episode” in our recent book, Six-Word Memoirs on Jewish Life. Tell us more about your faith, your family, and your memoirs.
Oy. As a member of “the organized Jewish Community,” I like to say the Jewish community is more Jewish than organized. On the side, I am a fundraiser for The Jewish Federation of Greater Philadelphia: I sell hope. 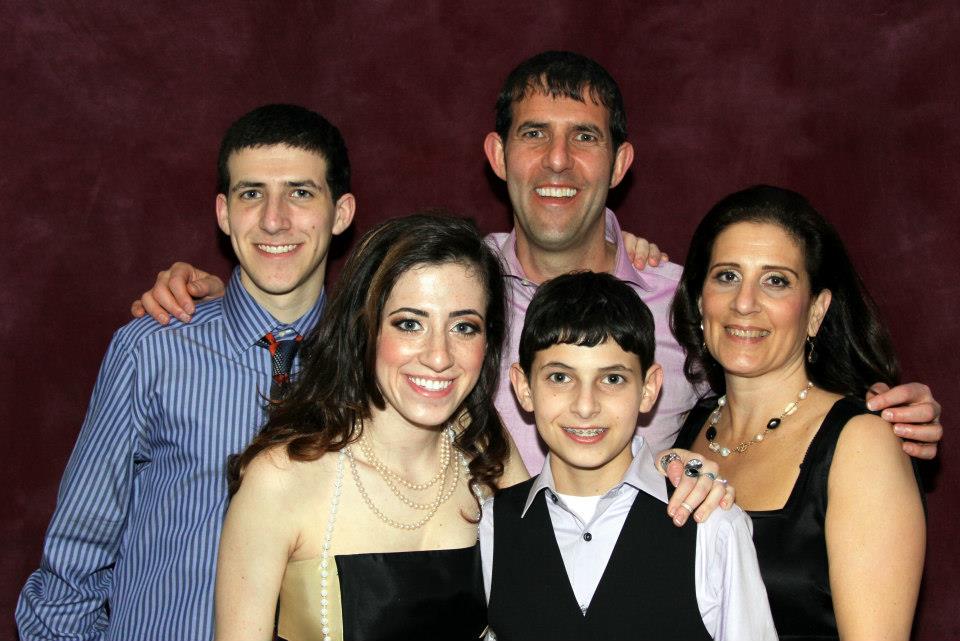 Living in Cherry Hill, New Jersey (an edge city of Philadelphia) and working at the Jewish Federation gives me a wealth of material for “Six Words on Jewish Life.” New Jersey is pretty much divided between the part that is a suburb of New York and the part that is a suburb of Philadelphia. It is rough country for my boys who are NY Giants fans, but we manage. My husband Brad and I have been married for 22 years (gasp). We have three children: our daughter (19), a sophomore at Ithaca college, and two sons (16 and 13). I anticipate many angsty college-related Sixes in the upcoming year.

My personal favorite Jewish six is: “First meeting, third b’nai mitzvah, Dayenu.” Others I hold near are “Holy land made her wholly different,” about my daughter’s Birthright trip this summer, “Refrigerator, heart full. Time to pray,” and “Newly Minted man atoned via Xbox.” And for my Klout Score: “I’m the Madonna kind of Jewish.”

What authors inspire you or do you admire?
e.e. cummings, both because I love him and because he shares (and allows me to rationalize) my disregard for the rules of punctuation and grammar. I do believe he could spell—or at least he knew enough to get a good editor! Note to my fellow Sixers, please keep those cards and letters (about my spelling errors etc.) coming. I’ve embraced this particular shortcoming: “Bad proofreading makes a good life.”

Tom Robbins and John Irving, when I was younger and liked my wisdom with a dose of whimsy. Margaret Atwood, Joyce Carol Oates, Anita Shreve and Alice Hoffman…and a bunch of other smart women I am forgetting…when I was struggling with the story of my life. I’m still struggling, but I am resigned to making it up as I go along. Although I generally don’t like short stories, I love Ellen Gilchrist.

Is there someone’s writing on SMITH that’s especially moved you?
Too many to count. When the “Questions” section of Six first went up, I answered this and was much more mortified about the people I left out than pleased for those I’d remembered. I love that Six Words is truly a community. I love that people come and go, and I especially love that people stay. I love low-profile writers and readers and I cherish the interplay and feedback found in the comments section. It’s a great community and a wonderful place to me to “work things out.” I am proud to say that I’ve achieved “regular” status on the wayward route of our itinerant unofficial ambassador/den mother, L2L3.

When you’re not writing, what do you enjoy doing?
My hobbies are children and laundry and, as I often say, it’s good thing they go together so well.