Searching for Sixes on June 6 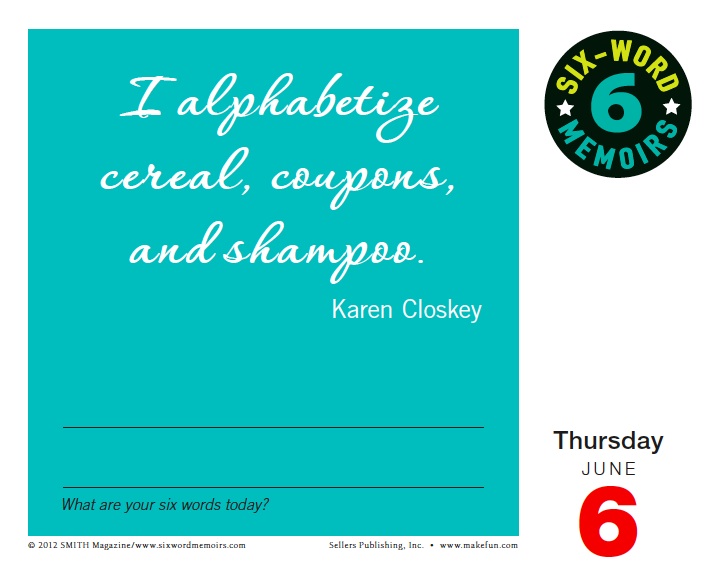 [/caption] Six is a special number here at the Six-Word Memoir project. In numerology, the number 6 learns from others, cares for them, and teaches them. The number 6 builds communities by keeping people together. Six hold together members of the SMITH community, who challenge each other to six-offs, sixcessfully pun with 6, and condense their stories into only six words. But 6 isn’t just a number; it’s become a verb too. Below, sixers share their meta thoughts on sixing:

Writes in 6. Thinks in volumes.

Having affair with six-words; can't stop.