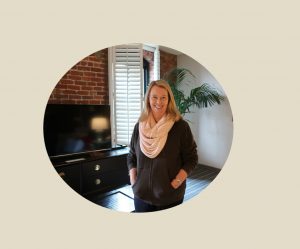 Name: Rachell Summers
Place: Capitola By the Sea, California
Member since: February 2012 (then known as Autum22)

Rachell Summers, now writing as WinterSol, spends her days writing (“The art of making words sing.”) and drawing (“One drawing, for two different insights.”). She uses her memoirs to inspire others (“Pushed to the limit? Push back(harder)!” and “Shush! I say to negative thoughts”), to reflect on her life  (“No, I won’t be small again”), and her cat often makes an appearance (“Ivy may have a modeling career.”). Rachell is a community member who dives in deep: commenting and favoriting others’ words with gusto; including photos and original illustrations with many of her own memoirs; and she is a prolific backstory writer, with her most recent backstory replying to her own question: “Be someone else for a month?”. Read more about Rachell as she answers questions—six in fact—we have for her:

How did you first hear about SMITH and Six-Word Memoirs?
Oprah! In O Magazine in 2012. A whole story in only six words? The examples that were on little post-it notes as images throughout the article were so great. I found out that I had an Honest Tea bottle cap with words from the Six-Word Memoir Project that I had kept for years. The bottle cap is gone along with my memory of the memoir on it, but the words inspired me every day while it was taped on my door,.

It did take me about six months before I had the courage to post a memoir on the Six Word website. I would read them, but never comment or post. Finally I got brave. My first memoir was, “Arm is tired from holding mistletoe.” Someone commented, “Try using the other arm.”

I’ve been retired since I discovered Six Words, and usually check in on Six Words every day. I can’t imagine myself being able to be involved with Six Words and work. I’d be late to my job every day, I’m sure! My mornings now go by fast with coffee and Six Words. I love to post images with my memoirs. Most of which are my drawings or photographs taken with my phone. As for commenting, I know I write long comments! But if the memoir has moved me or spoken to my heart, I want the writer to know. And I want to empathize when I can, to let someone else know they aren’t alone. That’s what helped me most in the past: when people would comment in a heartfelt manner on my memoirs. I really feel I’ve grown as a person from the input I’ve received here over the years.

When did you start writing, and what have been turning points in your creative life?
As a little girl, I used to write stories and read them to my mother as she prepared dinner. She’d say, “Uh-huh. Hmmm. That’s nice.” There wasn’t any applauding or copying and binding my stories to give out to everyone. Copiers hadn’t even been invented yet!

In school, my best grades were in English and often with teacher comments about my creative writing. My dreaded math grade, though, got all the attention at report card time. So, my writing wasn’t encouraged, and I never got better at math.

A turning point for me was a creative writing class I took as an adult. It met at night after a work day and was my favorite night of the week. We had to workshop our stories and receive critiques. I had a favorite part in my story about a hat that no one seemed to like, so out it went. After the reading, one student came up to me and said, “You left out the part about the hat! I was waiting for that part. It was my favorite!”

I learned that in writing, editing is hard. Favorite bits get cut, but it doesn’t mean they were bad. That really helped me to gain confidence and not be so sensitive and/or self-critical.

Please share a favorite Six-Word Memoir, Moment or other backstory of yours on SMITH and tell us why it’s meaningful to you?
I have many. Sometimes I look back on old Sixes and say, “Did I write that? That’s good!” One from long ago was about my beautiful daughter and only child: “My very own brown eyed girl.” A more recent one is: “Need more twinkle-lights and less darkness.” I am born around the Winter Solstice, the darkest time of the year, and so bringing light into my life is not only important, but rather crucial. My personality can tend to turn towards melancholy and depression. Putting up twinkle lights on timers so they turn on as if by magic has helped me during the dark winter months to stay happier.

What authors inspire you or do you admire?
Harper Lee, Robert B. Parker, Elizabeth Gilbert, Phillippa Gregory. John Steinbeck. Charles Dickens, Toni Morrison, Alice Walker, and, and, and…I could go on and on.

I read everybody’s memoirs every day. Ones that especially move me are the ones that turn inward and question something about the memoirist, or question life or a situation in it. Others make me laugh or  are just very clever. Six Words is a place where there is so much variety it’s hard to choose and name individuals for this question. That said, my joy and appreciation go out to BanjoDan, Torturedbutterfly, and oopsalittle. JAD and jaceylane, too. I’m also enjoying many newcomers right now.

When you’re not writing, what do you enjoy doing?
My artwork. I’m currently working on finishing my book, Dance of the Flowers. It’s a children’s book I’m writing by hand and illustrating. I taught myself fancy writing to inscribe bibles handed out to the 8th graders in my church when they graduated up to high school. I love handwriting and feel it adds to a story, especially a children’s story about personal growth. 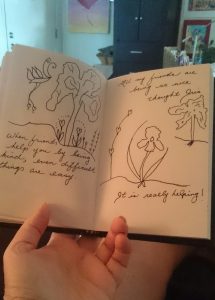 Personal growth is near and dear to my heart. In fact, one of the reasons I’ve had many different profile names on Six Words is because they seemed to show my personal progression through my writing here. I started out as Autum22, but then moved on to DragonEmpress, Dragonflower, Solstice22, then just plain Solstice. I think of myself as Solstice in my private life. I often use it at Starbucks! WinterSol is my latest name, because I feel the sun has finally come into my life. (Sol being the Spanish word for sun, and it’s a nickname several Sixers call me, and I feel it’s an endearment).

Finally, what are your Six Words for today?
A surprise exists around every corner.