In November 2021, a classroom of 11th graders in Harrison High School, New Jersey shared the depths of their souls while simultaneously juggling the brevity that comes with Six-Word Memoirs. The brave act of exposing their inner lives to each other and the class surprised AP English Language teacher Lauren Rodriguez, who has been teaching high schoolers for two decades. “I think just the fact that they can admit sometimes that they’re unmotivated, or overwhelmed—it usually surprises me that they’re willing to write about that.”

While this does mean she has seen it all, her students continue to reveal a new standard for the meaningfulness that can be derived out of a three-day exercise.

Rodriguez stumbled into the Six-Word world when she came across the Six-Word Memoir Instagram page, which inspired her to do something with her current Creative Writing Poetry class. Rodriguez typically introduces Six-Word Memoirs to her classes by first asking them to interpret Hemingway’s legendary, “For sale: baby shoes, never worn” story. “A lot of them would say things like, ‘Oh well, you know, the baby grew out of the shoes,’ and none of them would ever say anything about its dark reality—so it would open up such conversations … and we would talk about how we all bring different baggage to what we’re reading and how we all have different assumptions; so it really helped me get them going on analysis.”

In preparation for the memoir segment of the semester, the theme for the academic year of 2021 was for all students to tell the story of their current life in six words. Rodriguez didn’t shy from emotion and communication throughout the semester—every Friday she would set time aside to talk about life beyond the classroom. For this assignment, she had her class bring out the crayons and colored pencils to do some therapeutic art on an outlined template of a silhouette. The colors were supposed to be a direct representation of their emotions and an abstract story of their memoir, which would be written inside a speech bubble. “It felt like it was them writing about themselves … and they liked coloring. Even high school kids like to color!” Rodriguez appreciated certain truths about motivation and work ethic that her students were willing to admit about themselves. “What surprised me most about this work [from the last academic year] was how willing they were to open up about some of the things in their lives — divorce, death, sickness; but also show hope for their futures.”

“I wish you could have stayed.” —Anonymous student 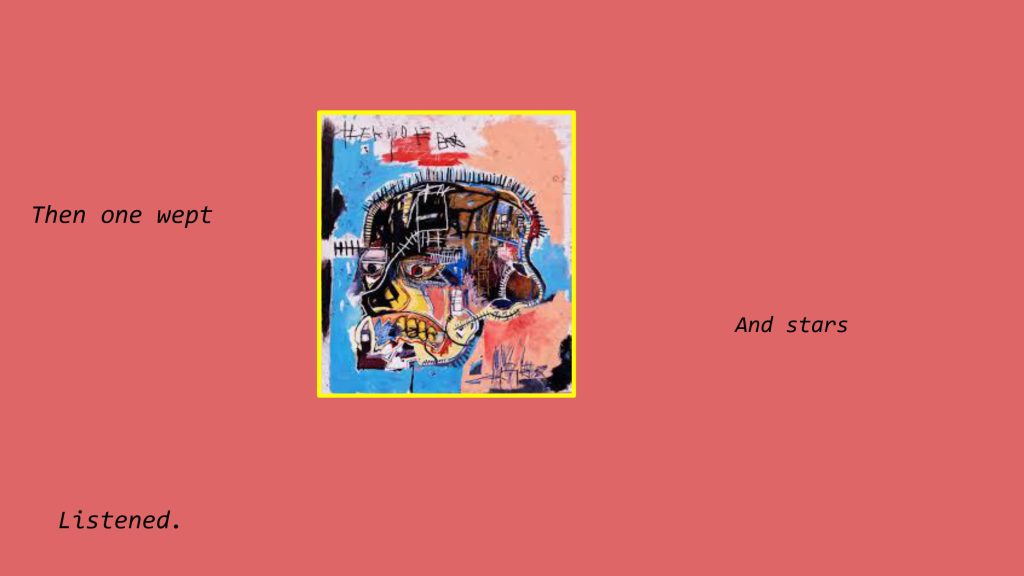 “Then one wept and stars listened.” —Anonymous student 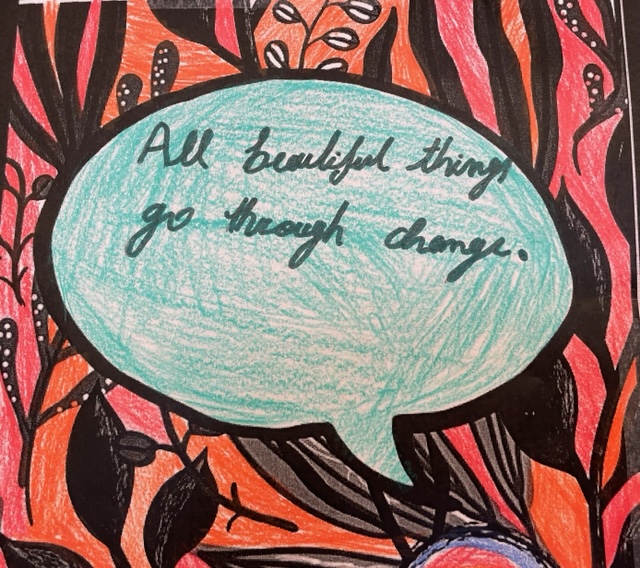 “I love how this student recognized themself as beautiful because I know confidence can be an issue with teenagers, especially after a year of having to look at yourself on the computer screen. Not easy for anyone,” says Rodriguez. 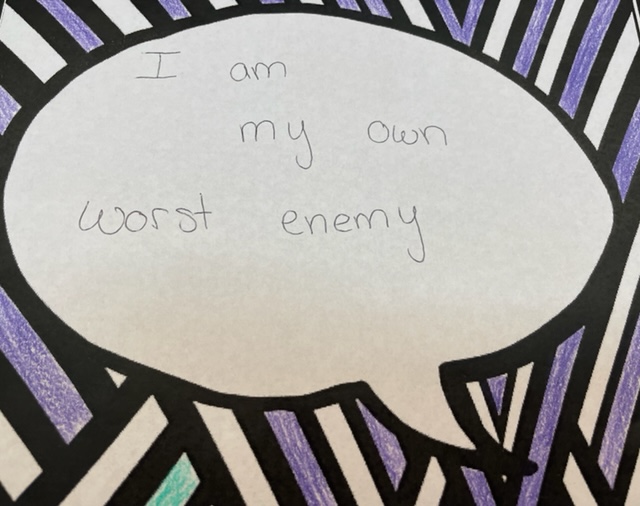 “I am my own worst enemy.”—Anonymous student

“This student recognized the fact that they are responsible for their own successes and failures. Not all 11th graders are as self-aware and this particular example sparked discussion in a number of students when they were viewing all of the projects,” says Rodriguez 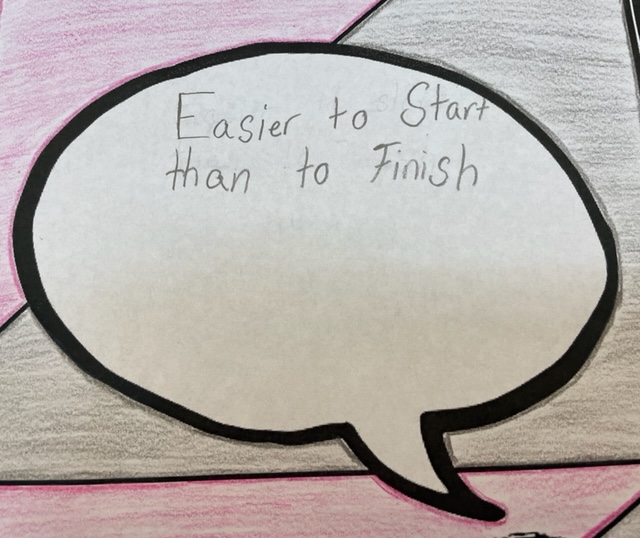 “Easier to start than to finish.”—Anonymous student

“This particular example puts into words what so many of us in education (teachers and students) have felt over the last year and a half. Projects are started because they seem like a good idea but then actually being able to finish them or to put them into action is such a struggle,” says Rodriguez.

Rodriguez notes the journey that her students go through with her assignments: “They get so frustrated; but when they’re done, they’re always so amazed by what they write.” She adds that the students also share their memoirs with each other, which often tends to open up a range of exciting new perspectives they hadn’t initially considered. When the challenge of being conservative with words is finally overcome, the students learn that quantity does not necessarily have to equal depth. “The best thing about this assignment though was that my students got so much out of it—especially when they walked around and looked at other people too, they all felt like, ‘Wow, I can’t believe I was able to say this and it makes sense,” says Rodriguez.

Rodriguez has furnished her curriculum with the Six-Word Memoir concept yearly for six years now, and she does different things with it each year based on her gauge of the class. “I love doing this because it really pushes them to realize, ‘Well, I can say a lot in only six words … I feel like kids—and adults—we all think we have to say all this, but really we don’t. Less is more!”