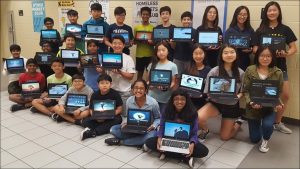 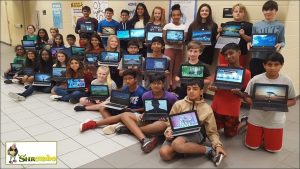 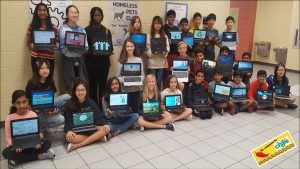 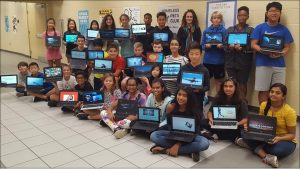 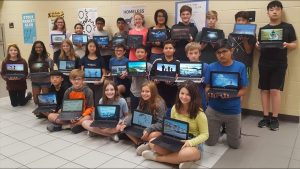 Elizabeth Kennedy, a seventh grade teacher at Riverwatch Middle School in Suwanee, GA, first introduced Six-Word Memoirs as an activity for her Academic Enrichment class. The course focuses on honing each student’s critical thinking skills through investigative research and writing. Kennedy believes that these skills are best nurtured by exploring and calling upon one’s own experiences. That’s why she introduced her students to Six-Word Memoirs.

“The Six-Word Memoir is the perfect instrument for students to exercise their self-awareness in meaningful ways,” says Kennedy. “Having this type of personal success on the first assignment of the school year sets the tone of the year on a positive and productive path.”

When Kennedy’s students first heard the two  words, “writing assignment,” many expressed looks of concern, others displayed hints of disdain, with a few giving cheers of glee articulating a love of writing. To cater to each of these reactions, she told her class not to worry: this particular assignment called for only six words.

Their Six-Word Memoirs were then compiled into a short video. Every year, Kennedy reflects, it brings both her and the students joy to see how each of person interpreted the assignment. The very first audience is their parents at Curriculum Night. Kennedy warned the students, “I plan to see your parents cry.” The parents did not let her down. Before the premiere, Riverwatch’s principal popped into the classroom to see the rough draft and now wants the teaching staff to do the Six-Word Memoir project in the future.

Some of the memoirs in the video were touching (“In the darkness, find the light” – Wes); others discuss busy culture (“Sports, school, friends, on my hands” – Jalyn). Students wrote about optimism and wanderlust (“Traveling the world is my getaway” – Abby J.) and some reflected on the way we recycle our days (Some days repeating, but I change.” – Justin L.). Each six-word offering is a longer personal story waiting to be told.

Two students went above and beyond the assignment. Hogan went home and created multiple additional memoirs: some funny, others touching. Another student, Lauren, gave Kennedy multiple new memoirs, which she made during her fall break.

“Initially, assigning Six-Word Memoirs was to reinforce the steps of the writing process with my class,” says Kennedy. But over time, she says, the assignment came to mean something more. “Six Words in my classroom is the type of lesson that makes everything invaluable to me as an educator,” says Kennedy. “It’s special.”

Teachers! Since we first launched the Six-Word Memoir project, educators across the spectrum have found Six Words to be a terrific classroom assignment and catalyst for self-expression. At our  Six in Schools section, we celebrate students’ work from classrooms around the world. Download one or all of our free teacher’s guides here.